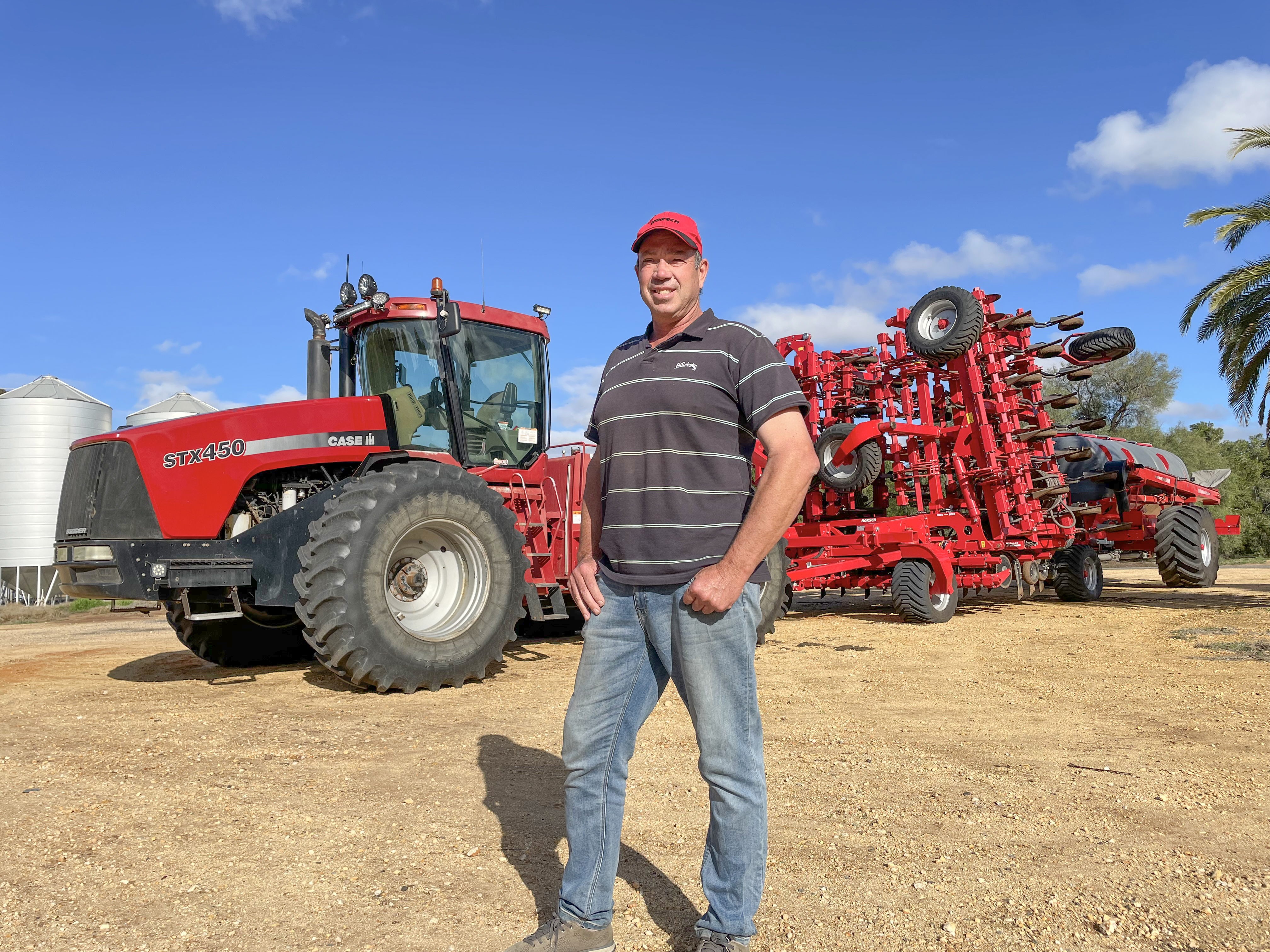 Jason Melling’s farm is between Warracknabeal and Donald in Victoria, Australia. Depending on the year he plants between two and three thousand hectares. Jason says “we just picked up this Horsch bar just on ANZAC day and we’re now finished, three weeks down the track”

My background, I was a diesel mechanic. Worked at a dealership for nearly 10 years on and off. This is my background, it’s
machinery, and yeah look this is probably Air-Seeder number four or five and I’m pretty impressed with it actually.

We picked it up, like I said before, a couple of days before ANZAC day and we just put it in the paddock and it just worked!! To give O’Connors Dealership a bit of credit they helped Muddy River run the school with Jan Moens, that was a great day of tuition and well worth it.

What made you choose this bar over other bars?

Well, I’ve been following bars for quite a while the last four or five years, and the fact that it was available was one thing. But look, I’ve had a fair history with Horsch, I’ve been over there and had a look at the factory and met Michael Horsch and of course, Peter Jack who brings them in, and yourself of course to Lummo (Jason Lummis) and the company’s got a good feel to it and there’s plenty of them around and everyone’s got em’ is happy with them, and I think that’s as good a recommendation as you’re going to get you just talk the guys that have got them and nine times out of ten if they not good you’re going to know about it. And you look over the fence and they just seem to do a pretty good job. And this model in particular because they have changed it since the last one, I was impressed with it and so we went for it yeah. 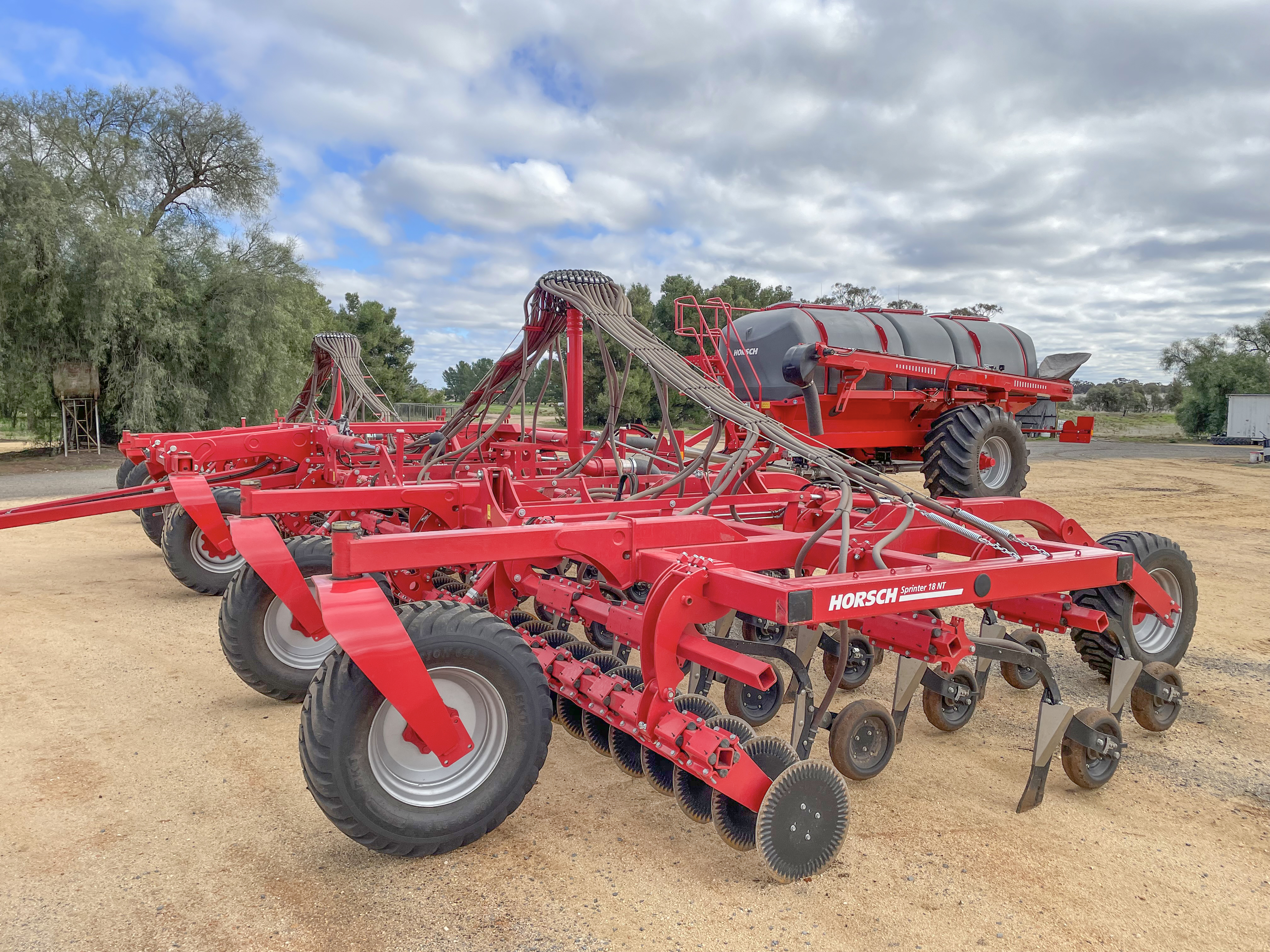 Serviceability, what have you noticed so far?

Look it is, look to be honest the last bar we had, it wasn’t really that old, to be honest, the main reason we swapped it over was because we wanted a wider but we went from 40 foot to 60 foot. A couple of guys have been working with me for the last two years the first thing they said to me once we jumped on this thing was, they said “boy it’s quiet”, and I thought, yeah it is it is really quiet. I mean serviceability, there doesn’t appear to be too many things on it they’re going to wear out on us. Like I can’t see we’re going to have to have much of a maintenance bill with it at all from what I can understand.

We’re about to go into the shed and there just doesn’t appear to be any wear on it whatsoever, maybe we’re not doing enough country with it I don’t know. Like there’s hardly any paint missing off the coulter wheels. It just seems like it’s almost, I wouldn’t say bulletproof, (might be a fairly strong term) but it does seem a fairly robust maintenance-free machine.

How do you find calibration and accuracy with the Air-Cart?

Look really good. That system you calibrate it three times so you do your first cal, then your second, by time to get to the third – when you punch your weight in its pretty much spot on. And look over the whole cropping. Yeah, it’s been spot on it really has. I’m really impressed with the with the calibration. That’s always been a bit of a worry, we’ve got a weighbridge here so we always double-check things and it’s right on the money. 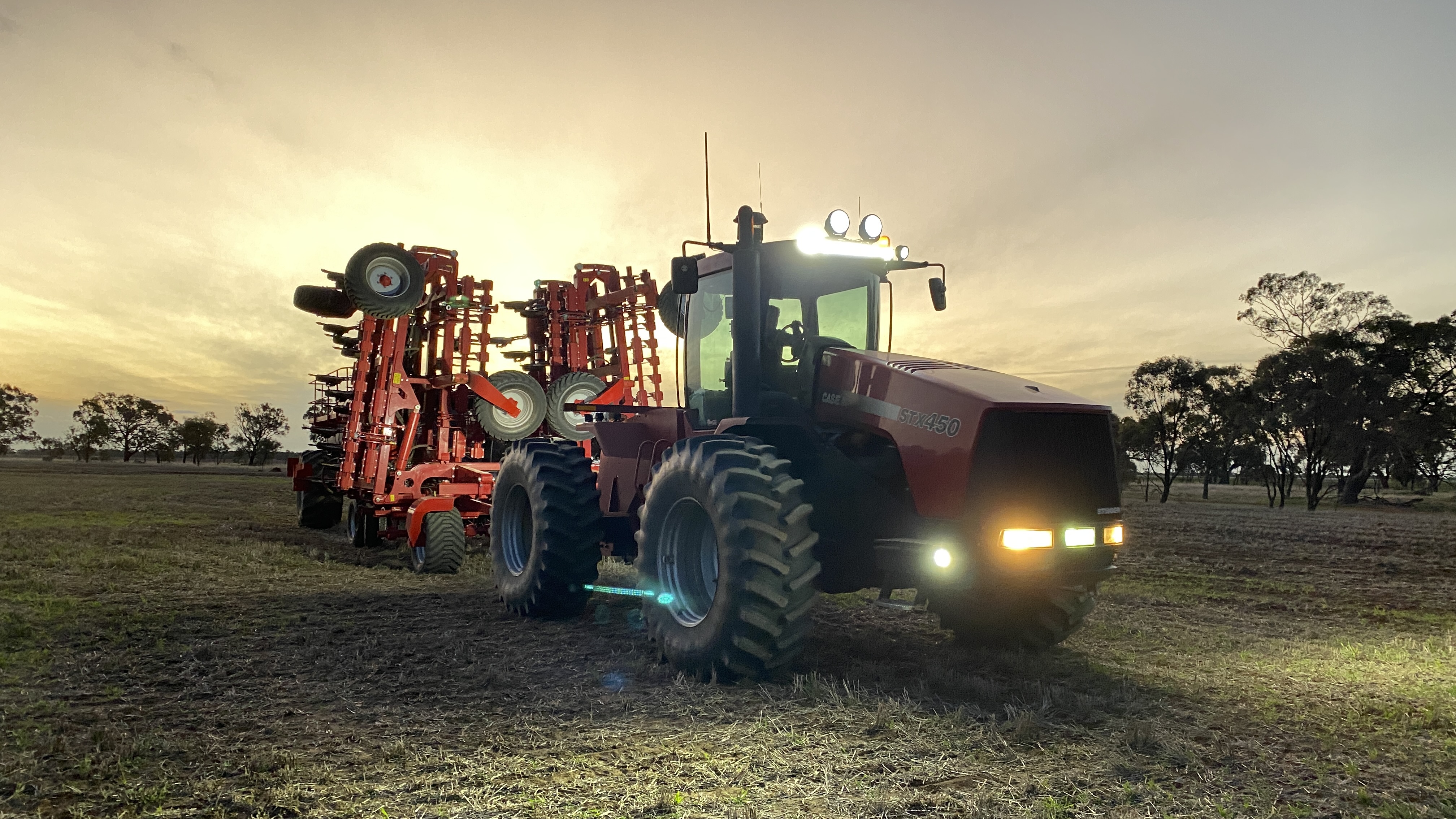 How have you found working with the cutting coulters, do they work well for you and your system?

They do, they work really well. I noticed they do limit the soil throw, so I mean we’re putting out some pretty heavy chemicals out in the pre-emergent, in front of the seeder. And soil throw is a bit of a concern, it does limit how much soil throw you get so we can actually go a bit faster they do work really well. The only thing it will say is when it
gets wet, yeah we just lift them up out of the way. Having said that, because we’re on different tyne spacings with tyne positions. Sometimes we might have a tyne that runs right in the middle of a previous stubble row and if it’s wet, the coutlers didn’t really like that, but normal conditions – yeah, great!

Tell us about your trip to Horsch in Germany?

That was back in 2018, and look to be honest when I went over at the time I had a few other things on the Christmas list and I didn’t really have any intention of buying one, at the time and I was still looking at other bars and things like that. But as time’s moved on and I’ve gotten more serious about it done the research. This is the bar I wanted.
I mean look, going over there and having a look at the factory and meeting the guys over there certainly did help the decision in that regard as well.

One thing that I do like about it is, that it’s simple. I mean admittedly I’ve only gone for a single shoot, and that’s one of the reasons I’ve gone that way. It is just simple, so I can put anyone up in the cab and they’re a half reasonable operator you don’t have to tell them too much. Show them what to look for on the screen, and there’s really not much to worry about out the back, and away they go. So the simplicity is a really redeeming feature of the machine because as you know, employees are really hard to get in this game nowadays so, if you can drag someone off the street ‘so to speak’ and put them in the cab they’re normally pretty right.

Another thing I do like about it as well is like those blockage monitors are unreal. And also the fact that when the seed gets low it’ll tell you, so everything that happens with the machine, sets off a trigger point up in the cabin lets you know. And that just makes my job as a farm manager, knowing the machine is looking after itself ‘so to speak’ that’s a pretty important thing.

One more thing compared to other machines one thing that is noteworthy that I do like about this Air-Cart, is these distributors and all this mechanism here is it’s easy to get to. Like it’s pretty much open span, it’s quite accessible – and look the clean-out’s good. Don’t have to worry about, you know it’s not a big drama to clean it out it’s quite quick actually empty out really well. Just putting your seed rollers in that’s, pretty easy to work out, I mean really the black one will do Lentils, Wheat, Barley, MAP, Urea so it does most of it. It’s
really only Canola and Beans you’ve got to swap a couple around so which is not a big drama and like I said the calibration is pretty easy and accurate so yeah.

It’s pretty much and the fact 21,000 L it’s big I mean we’re probably averaging 100 hectares to a fill. Which is a massive time saving, in a day you know two fills is a big day. So I do like that. The lids are good they’re nice and big and easy to shut and seal up well, and yeah it’s all pretty simple which is good…