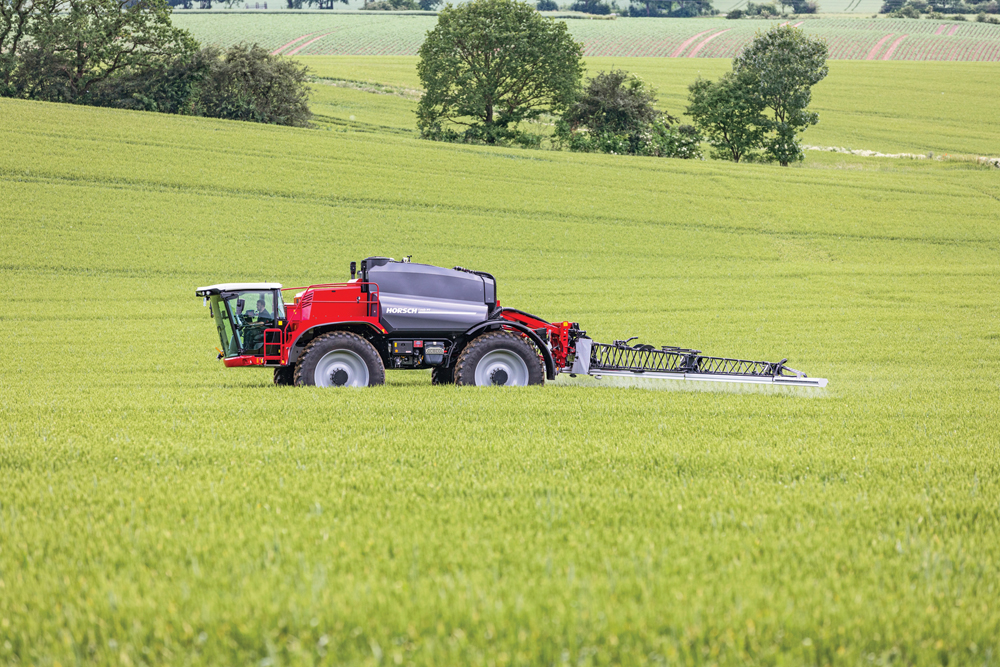 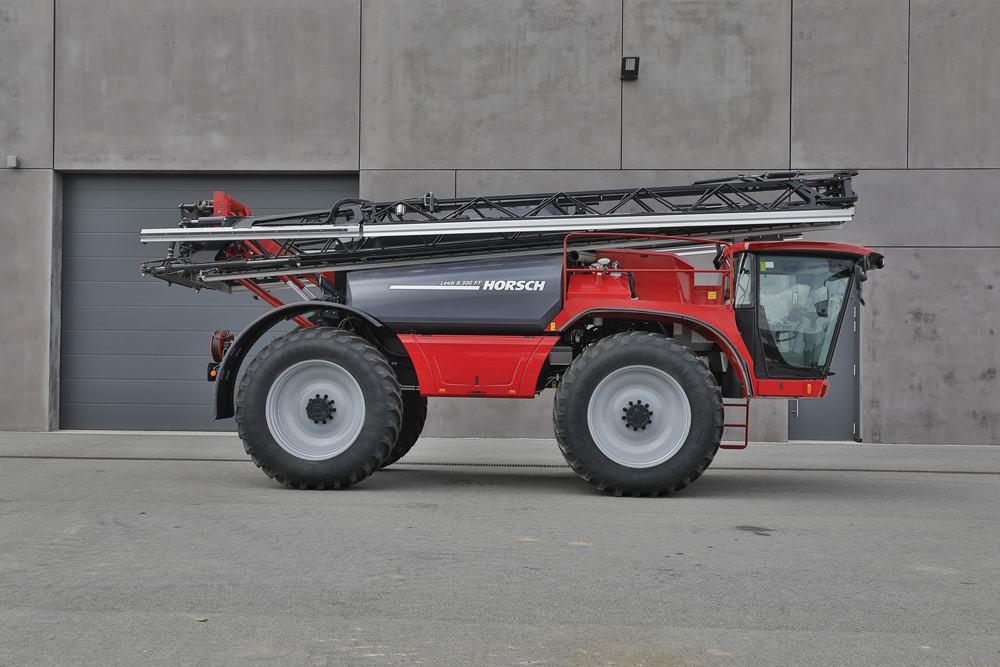 A Fiat engine provides the power to a more efficient hydrostatic drive system, which makes more power to the ground without using more horsepower. Hooking that power to the ground, Horsch uses larger 380 or 720/105R54 tires to improve traction and flotation. Most common widths of tires will be available.

Being of European origin, the Horsch Leeb meets a stricter set of environmental regulations than we have in place in North America. In Europe, testing must show only an extremely small percentage of residual chemical present after the sprayer is rinsed and presumed ready for the next crop. In testing, the Hosch Leeb has received the highest rating for this test.

Sprayer cleanliness starts with simplicity. The Horsch Leeb SP 6300 uses less hose and fittings which mean fewer places for chemical to get trapped in the first place. A recirculating boom ensures that chemical is never sitting still inside the wet system, which means it won’t be able to stick to the inside of hoses and fittings.

Finally, the rinsing system is a continuous flush of clean water provided by a pump that is exclusive to the rinsing system. It internally washes the internal components with fresh water, which is then sent through the booms and out the nozzles in one nonstop action. This continuous rinse system is faster and more effective than batch rinsing systems used by most other North American brand sprayers. 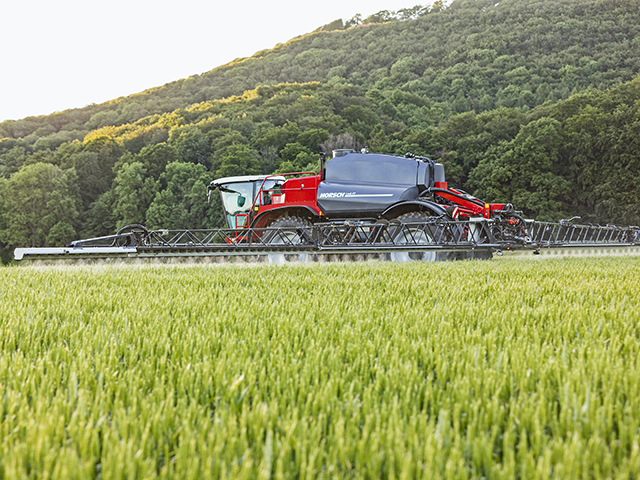 The initial sprayer to be offered to the western Canadian market will fit right in with a 120-foot boom and a 1600-gallon liquid capacity. New models and variations released at later date, are expected to get larger over time.

Interestingly, Horsch also plans to have a pull-type sprayer on the market here shortly, as well. The pull-type promises to have the same spraying and rinsing capabilities as its self-propelled sibling, just without the cab and engine.

The new sprayer is set to hit the market in 2021, and although farmers will have to wait until spring of that year before they are able to purchase a new machine, Horsch plans to debut the new machine this summer at Ag in Motion. Demos on the prairies are likely to begin shortly after that. No official price tag has been released, other than that it will be priced competitively within the North American market.